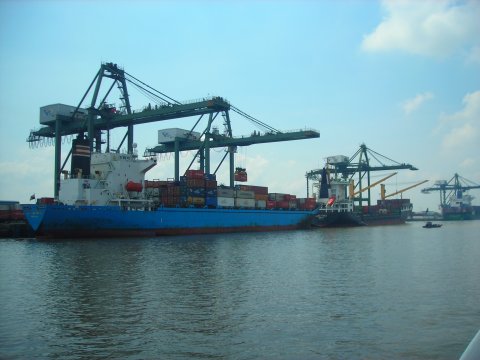 Vietnam gains more and more popularity when it comes to international trade. Many companies are moving their production sites from China to Vietnam. Western European countries, the United States and countries with big economies like China and South Korea are important trading partners for Vietnam. But the new covid measures throw a spanner in the works.

Vietnam was one of the first countries which got hit by the COVID-19 virus and immediately took huge precautions. As a result, the number of contagions and deaths is relatively low compared to other countries. Wearing face masks, maintaining distance, keeping borders closed for all countries and only going out for necessary groceries only are part of the strict rules.

The demand for goods from Western countries is still high, which is positive for the national economy. To keep production sites running at full capacity, the factories provide housing and food so employees live and work in their own bubble. As a result, there is less chance of infections and viruses won’t reach the employees. In this way the production continues.

The factories and production locations are doing everything they can to achieve the usual amount of production. But the bottleneck of problems lies at the harbors. The southern commercial port of Ho Chi Minh City (HCMC) is one of the busiest ports in the world, handling hundreds of large container ships every day. Can you imagine what will happen if the government decides to close this hub?

That's exactly what happened. Vietnam is going through a fourth covid wave and is taking extra precautions. One of these is closing the port, which makes international trades a lot more difficult. The production locations are still in operation, but due to the ships that won’t depart, transit times increase or products won’t even make it to their destination. This means major delays, a huge increase in import prices and, in the long term, probably a significant dip in the Vietnamese economy.

From sea freight to rail freight

Meanwhile, rail freigt is currently the best alternative. Thanks to the efficient rail network that connects Asia to Europe, products arrive in time and costs remain low. Due to all the developments, prices have also risen in rail freight, but that is nothing compared to sea fright. In addition, rail freight emits 27x less Co2, making it a lot more environmentally friendly.

From mainland Asia, we can easily ship goods to anywhere in Europe. Average transit times are currently between 26-28 days. Interested to learn more? Our rail expert loves a good challenge. Request a trial shipment for your product.